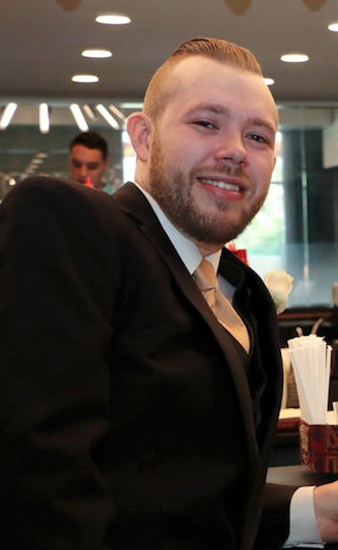 Joshua Kerns is a graduate of SUNY Buffalo State College where he focused on trumpet and education. In his spare time he plays piano and is a singer songwriter in the styles of Jazz, Hip Hop, and R&B. He teaches at Boulevard Music Lessons as well as Performing Arts Music. Joshua has the ability to teach most band instruments as well as guitar, bass, piano and ...
Read More 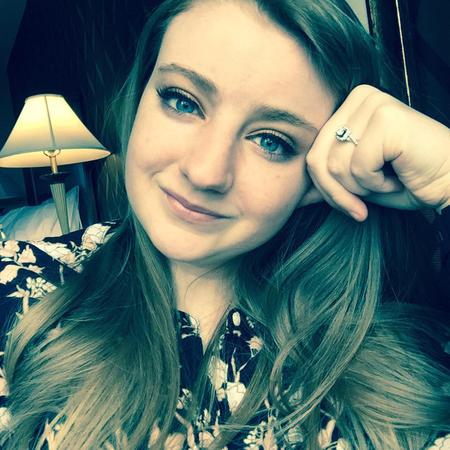 Jen graduated with a Bachelor of Music degree from Buffalo State College in May 2015, specializing in Voice. She is the owner of Performing Arts. She has played piano and performing voice for many years. Jennifer was the President of the Buffalo State chapter of the National Association of Music Education and is still an active member. She is known for singing Soprano Arias by Mozart, Duparc, Liszt, and Copland to name ...
Read More 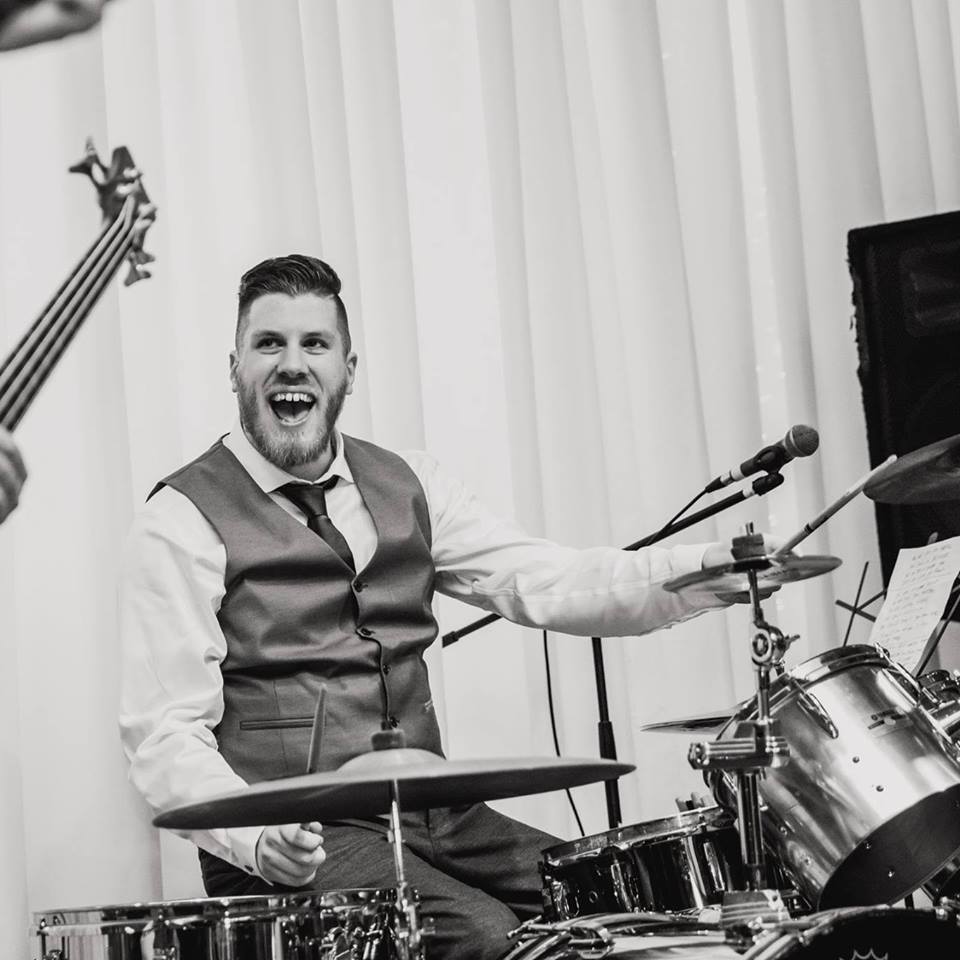 Josh graduated from Villa Maria College with a Bachelor's Degree in Music Industry in 2015. Having played drums for over 15 years, Josh is a very versatile instructor, fluent in many styles of drumming including Rock, Blues, Funk, Jazz, and many more. Currently Josh plays with award winning Indie rock band The Nursery, which is based in Toronto, in addition to playing and recording with numerous Buffalo artists including Grace Stumberg. Josh ...
Read More 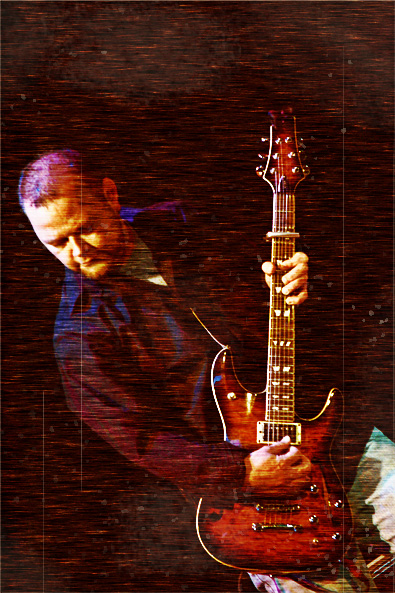 Joe is a professional recording artist, performer, and educator. In addition to being one of the founders of two private music schools in Western NY, Boulevard Music Lessons in Tonawanda and Performing Arts located in Depew, NY, he is also director of guitar at Buffalo Academy of the Sacred Heart. His musical repertoire consists of many styles that include blues, folk, classical, rock, country and jazz. Additionally Joe is ...
Read More 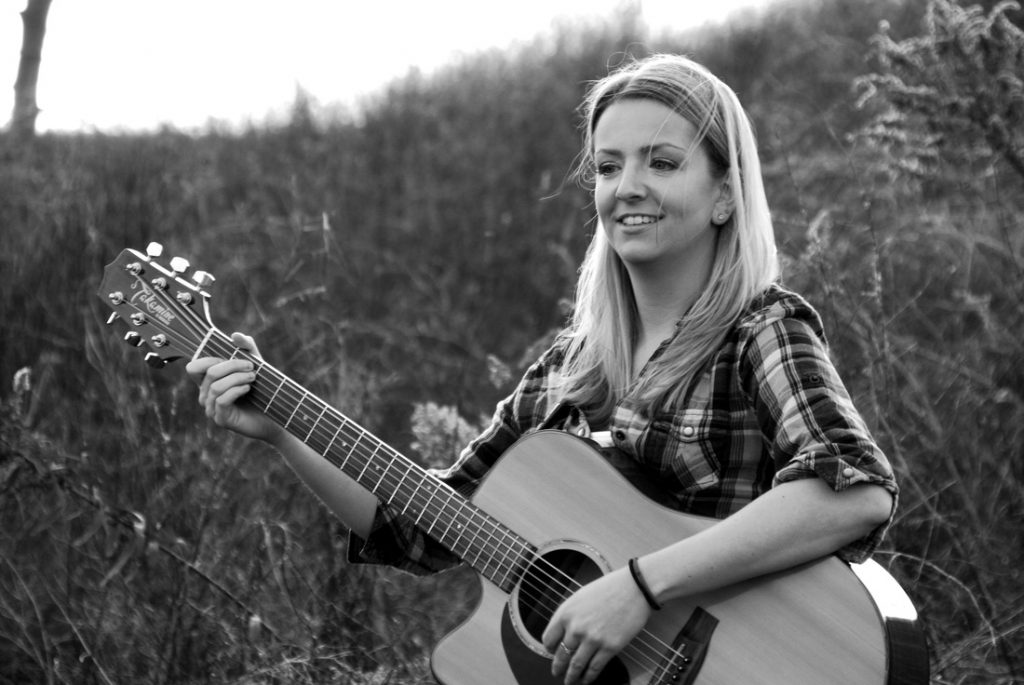 MaryBeth has been teaching a variety of instruments for the past nine years.  She has been adding new techniques and teaching skills to really improve her craft and keep her students laughing and having fun.  In lessons she encourages her students to work on performing in shows and do their very best.  She received her Bachelor’s of Music degree in performance from Villa Maria College of Buffalo. Not only has she played in the Western New York area, ...
Read More 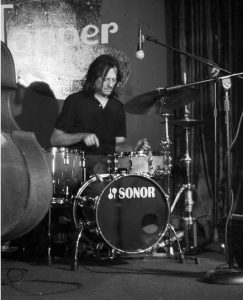 Scott Keller has been playing drums and percussion for over 40 years. He has performed locally in bands playing various styles including: Rock, Jazz, Blues, Progressive Rock, Rockabilly and Americana. He has studied with Michael Bookspan and Gerald Carlyss from the Philadelphia Orchestra, Lynn Harbold of the Buffalo Philharmonic and at the University of Buffalo with Jan Williams. Scott currently performs with the Sam Marabella Band ...
Read More 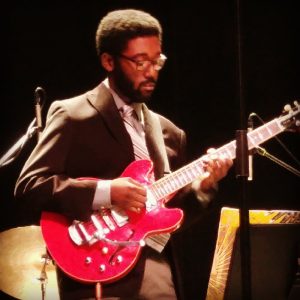 Marcus Roper is a Jazz, Blues, Funk, and Classical Guitarist from NYC who is finishing up his Bachelors in Music Education. He has been teaching guitar ever since he started playing & believes in teaching music first through ear and then through notation because we learn languages in the same way. He believes that all children should be at least exposed to different genres of music because you never ...
Read More 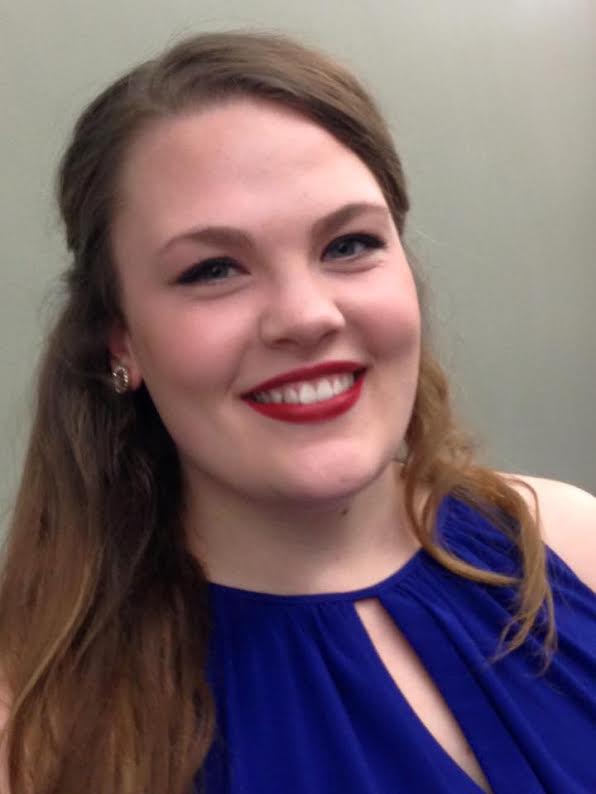 Voice, Piano, Drama, & Musiking Marissa is a classically trained vocalist from Buffalo State College. She graduated with a B.A. in Music and Psychology. She studied under Dr. Joseph Spann at Buffalo State. Since graduating, she has begun another music program to complete her certification in Music Therapy. With her students, Marissa encourages them to find their own sound as well as creating their own music and ...
Read More 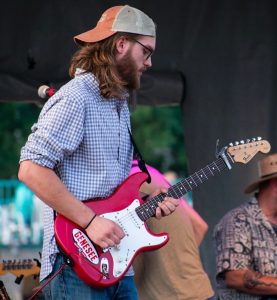 Travis Richards Krupinski is an experienced musician who has played with an array of Western New York bands. Travis has been playing instruments for his entire life and he first picked up a guitar over 12 years ago. Since he picked up his first guitar, he has been growing as a guitarist while also experimenting with other instruments, including banjo, bass, and mandolin. Throughout his career, Travis has played alongside ...
Read More 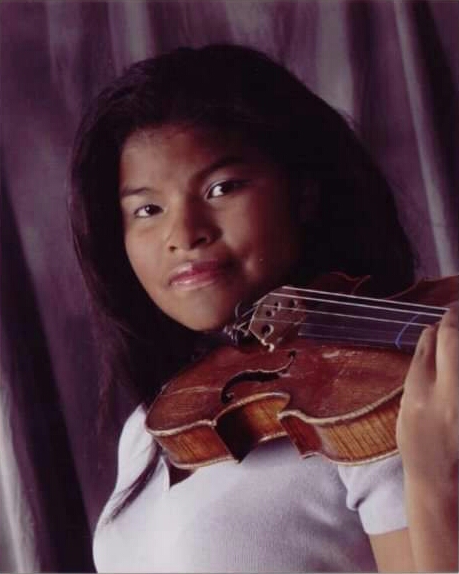 Erin graduated from SUNY Fredonia with a Bachelors in Education with a concentration in Music. She has had over 4 years of teaching experience in the classroom and 10 years in private setting. Erin has been a member of the Warren Civic Symphony Orchestra for 6 years and has been part of the Cheektowaga Community Symphony Orchestra since 2015. Ms. Erin is able to teach violin and ...
Read More

A recent graduate of the University at Buffalo, Ms. Klimek holds a Master’s in Vocal Performance, as well as a Master’s in Music History, with a concentration in opera and musical theatre. She also holds a Bachelor in Arts, with a concentration in Music from Nazareth College of Rochester. Ms. Klimek has participated in the Cadenza Workshop with Dr. Mario Martinez and Professor Sebnem Mekinulov. In Buffalo, she has ...
Read More 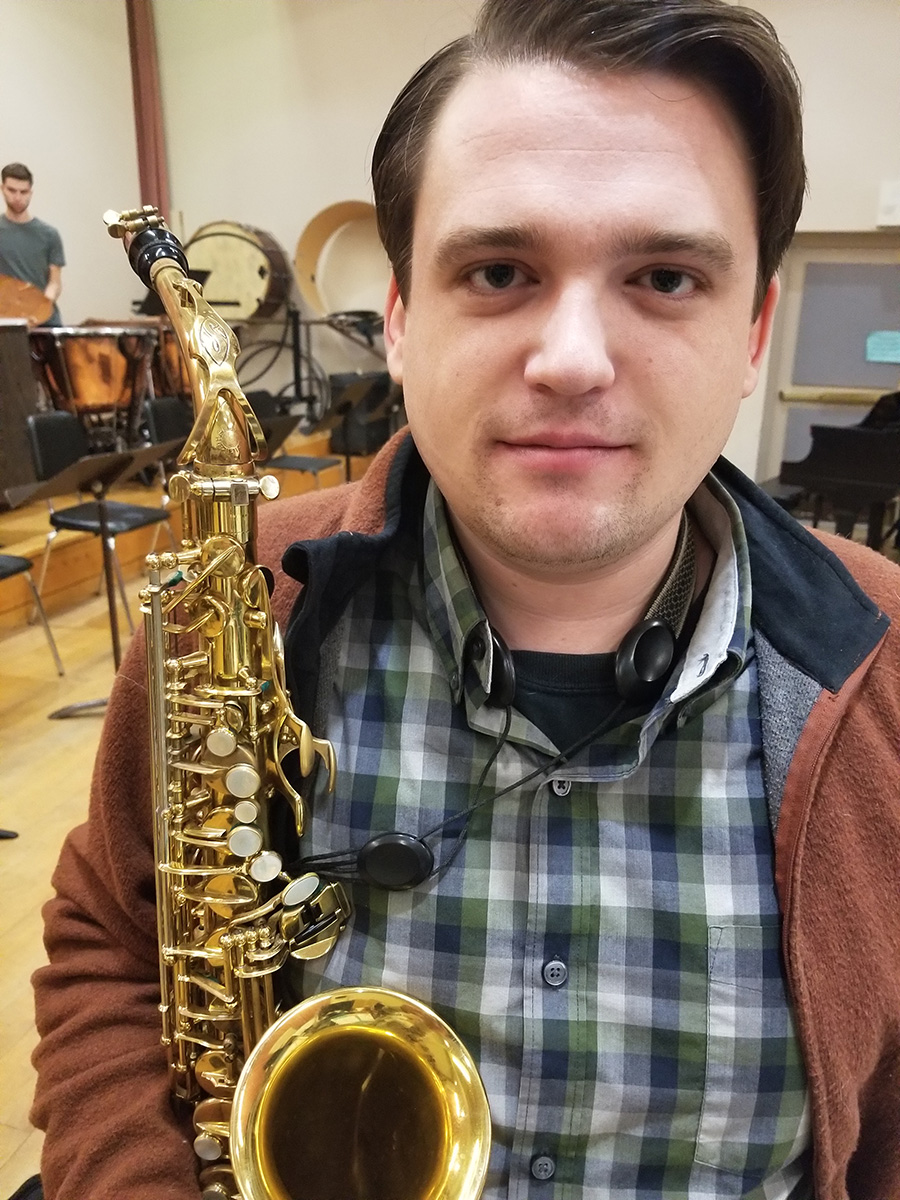 Saxophonist Jason Mattina began his journey as a musician in the foothills of the NY Adirondack Mountains studying privately with Jerry Santy and Elizabeth Bennett. Since then he has been studying the saxophone professionally in Buffalo NY for just over a decade. He began his career at the University of Buffalo where he was fortunate to have many great opportunities such as playing solo repetoire with the UB ...
Read More 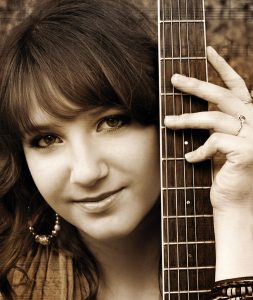 Kate is a vocalist and songwriter who has been singing for over 15 years, and has been teaching voice for over two years. She also dabbles in piano, guitar, and ukulele and is currently recording her first original album with Glenn Bernardis of GB Audio. Aside from being a musician, Kate is a writer and published playwright. Kate specializes in teaching teenage and adult singers who are either just ...
Read More 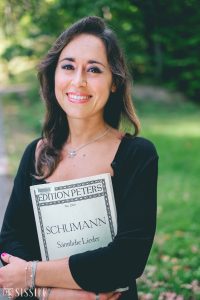 Italian soprano Alessia Paolini received her second Master’s Degree in Voice Performance from Houghton College (N.Y) in May of 2018. In 2015 she earned a Master’s degree in Voice at the Conservatory of Music of L’Aquila, her hometown, where she also earned a BA in Piano Performance.
She has performed in France, Sweden, Italy, Austria, and New York City. Alessia loves teaching and she has been teaching ...
Read More

Max is a recent graduate from Buffalo State College with a bachelors in Music Education. Maxwell Filipak's primary instrument is percussion. Throughout his undergrad at Buffalo State, he studied with the principal timpanist of the Buffalo Philharmonic, Matthew Bassett, and privately with Dr. John Bacon Jr. While Student teaching to complete his Music Education degree, he spent time at East Aurora High school with Mrs. Paula O'Connor working with ...
Read More